No, they care, actually, they just don't care enough.

Welcome to our last character post! Seeing how Twitter isn't having the best time of its life, I'm very glad I started making these posts. I hope you're also enjoying reading them.

Time for the adults to shine! Whaaat? Toumayhem has characters over the age of 18? Someone has to teach these kids. 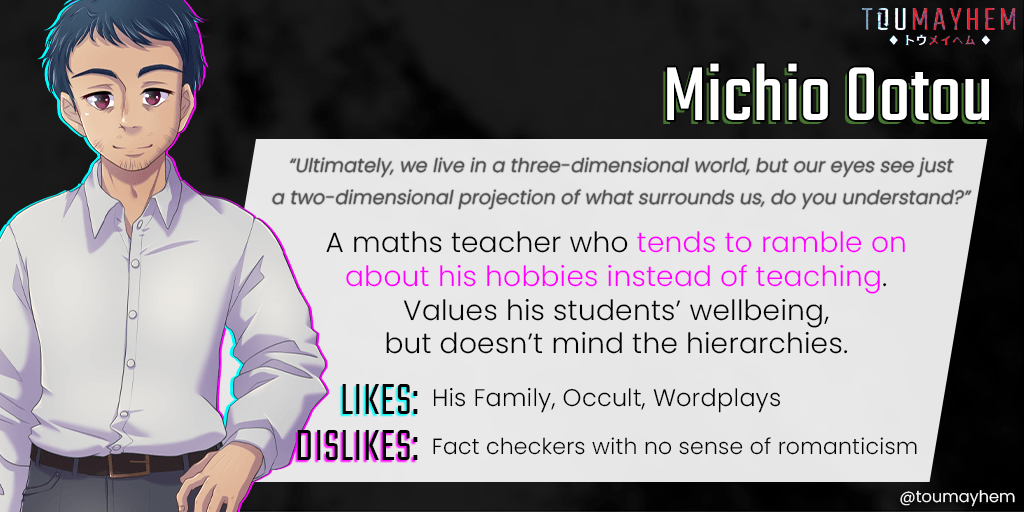 You probably met him in the demo! Professor Ootou is our main character's maths teacher with a tendency to barely teach any maths. Lucky you! But unlucky Yuki, who'll have to live the rest of his academic life with a big hole in his maths knowledge. He still hasn't had the time to show it, but he's very affectionate towards his family, especially his beloved daughter. You've already met her last week, didn't you?

He's the kind of guy who would tell you all excited about cryptid sightings and get mad when you try to stop him to tell him it's all fake. Do you also tell your kids Santa isn't real? Get out of here! 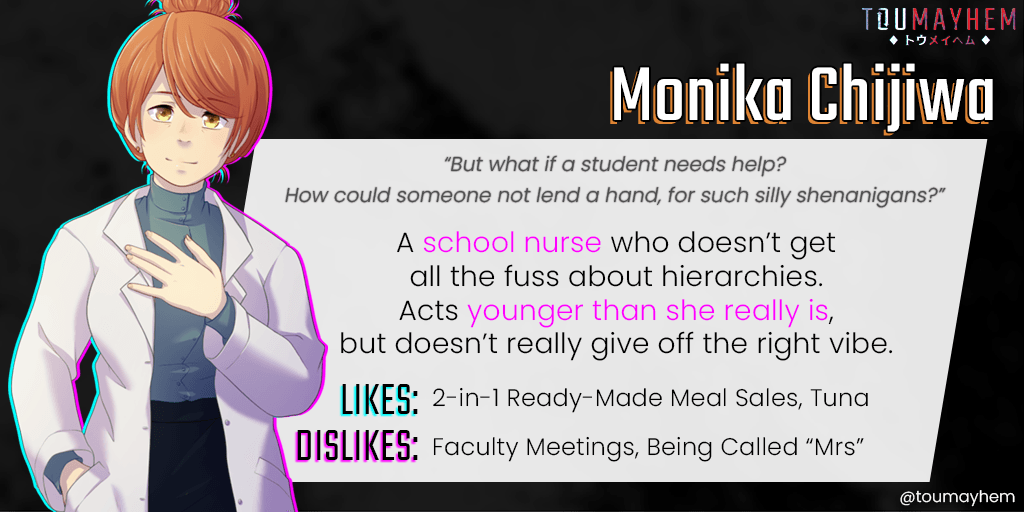 Miss Chijiwa is a bit less approving of hierarchies, actually speaking to Ghosts instead of ignoring them like Ootou does. She's a desperate 32 years old I projected all my hate for corporate jobs into.

She's actually the last character I defined, as before her there were a few adult figures I wanted to put in and got merged into what she is now: a police woman who was supposed to come into the scene after the first murder and get trapped with the kids, and the school cook. The police woman got cut from one of the first drafts, while the school cook got merged with the old nurse and ended up being Chijiwa today.

Can you trust them? I don't know... if they didn't do anything for kids until now, maybe...

And that's it for characters! Stay tuned next week for a few words about influences. Hey, you can actually see one in this very post...