Sovereigns of the Afterlife (and their lapdog)

Better known as "Death Gods", their word is law! Over younger students, at least. And among them, three reign supreme even over their own peers: the members of the "Death Trio". Actually, they change every year, and they're not necessarily three... and yes, they named themselves. No one can call you ridiculous if you're the leader. 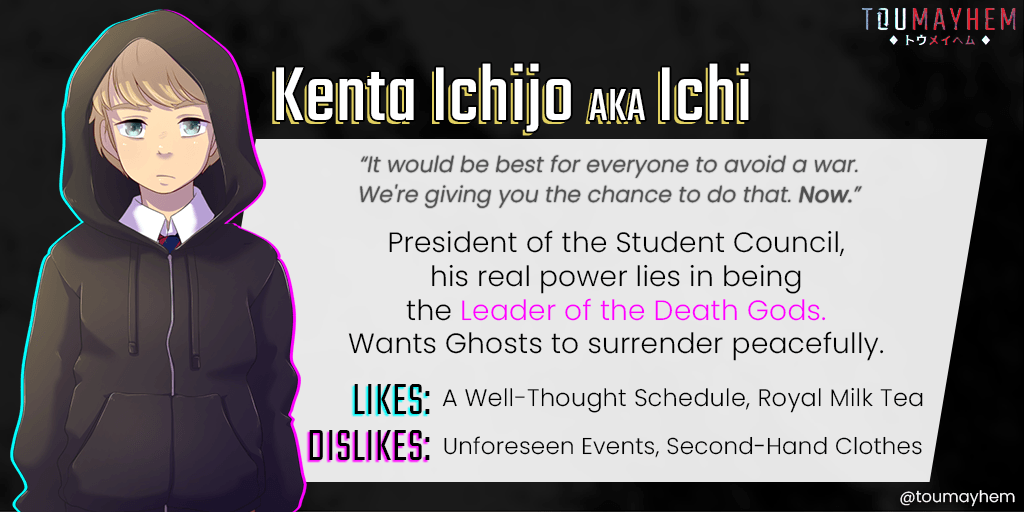 Ichi is the mastermind of the Trio and believes arguing with the Spectral Brigade is a waste of time, and they should just surrender. It's the natural order of things! Additionally, he isn't very empathetic, but at least he's logical. He's a character I gradually grew fond of as I wrote him more and more... the gap between his rigid personality and his sweet-tooth is endearing.

I couldn't put it into the game, but he's the third out of five siblings, which is why he hates second-hand clothes. Not a big fan of being a middle child, really. His parents own a Japanese sweets shop, but he vastly prefers western confectionery. 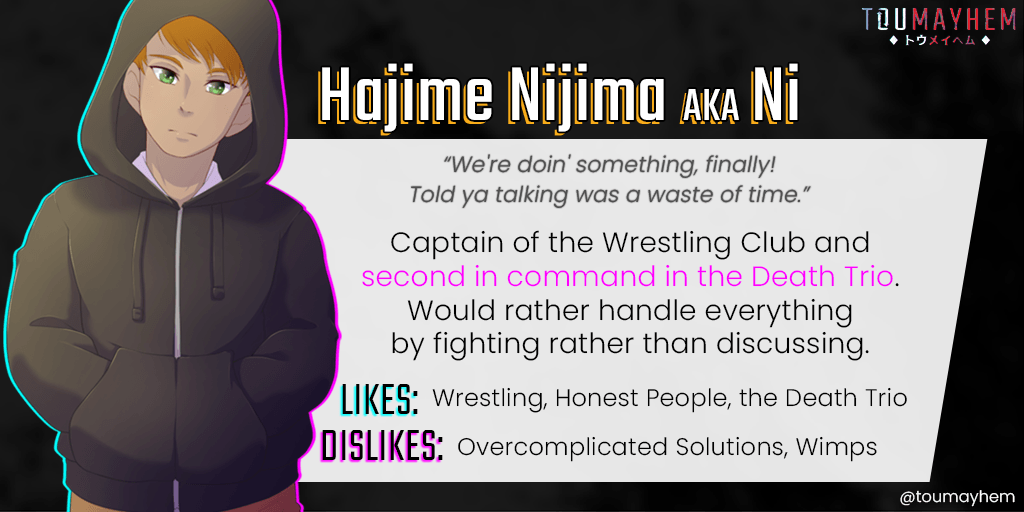 I engineered Ni to be as the first character I could hate, since I kept making up characters I liked. I failed. I like this bastard a lot.

He's the opposite of Ichi: kind of dumb, brash, cocky and... well, they do have something in common: their lack of empathy. Truly the biggest evil there is. But... his like of "honest people" is very telling. It's not like they choose to be rude... 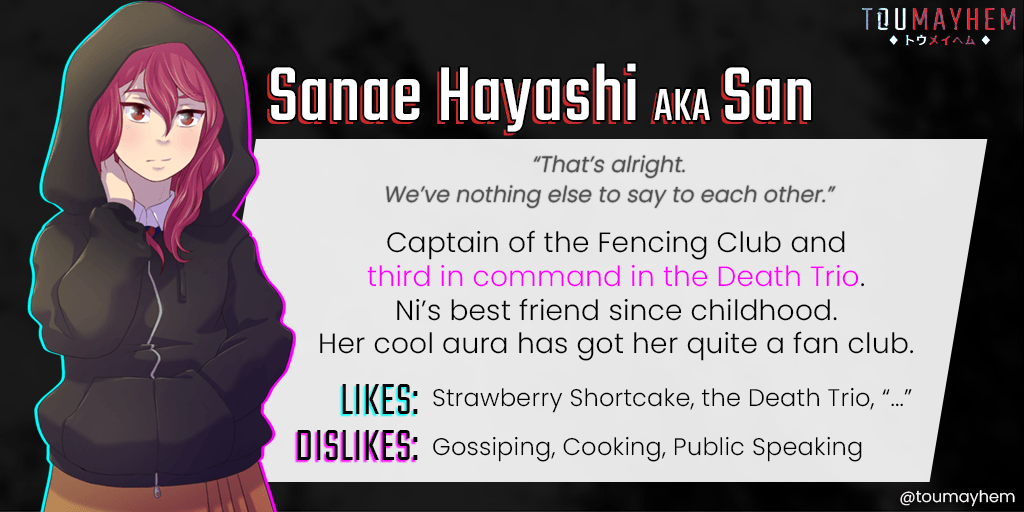 San is the quietest member of the Trio, and starts delivering more than two sentences in a row just in chapter 3. Before that, it's mostly ellipses and standing in place. She's not the best just because Aiko is in the game (and San would agree).

She and Ni are childhood friends, and it's vaguely glossed over (this is what I get for thinking more about backstories than writing the actual script) but he saved her from bullies when they were kids, and she's been grateful ever since. I wanted there to be a gap between the Spectral Brigade's perception of him (just a bully) and his companion's (a friend and a protector).

As the other two, she values honesty over anything else... while probably being the less honest of the three. Funny how that works. 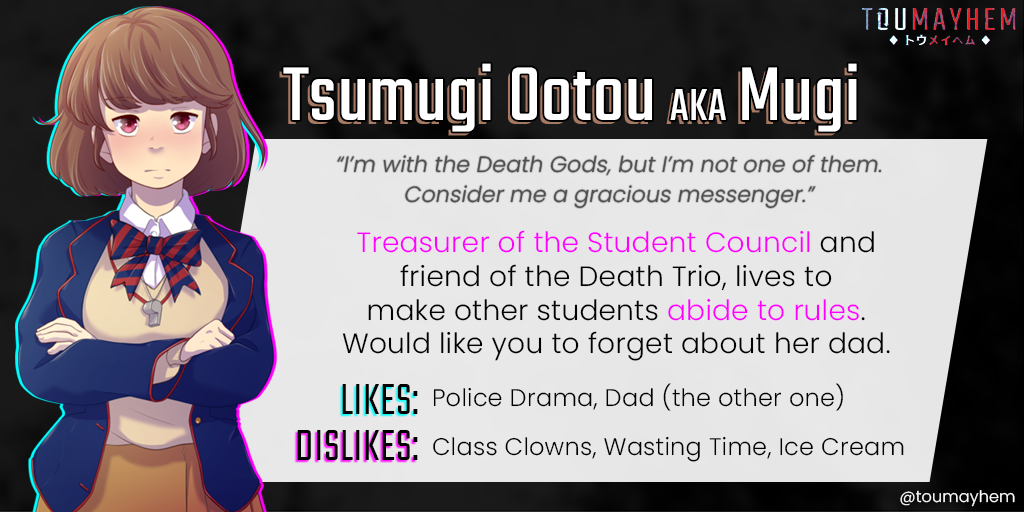 Not a Death God, not a Ghost, she only knows what she isn't! Mugi started attending Shigo High School the year before, as her dad started teaching there, so there was no way she could join the hierarchies. Kind of a flawed system, huh? She did befriend her classmate Ichi, though, and as the student council treasurer (though the student council is just a finger of the Death Trio's hand) she was granted most of her peers privileges as long as she helped them. And she gladly does, since she agrees with anything Ichi says... almost.

Coincidentally, the third years ended up being the LGBTQ+ squad before I noticed. Ichi is asexual (but his romantic interests are more up in the air), Ni is aroace, and San is bisexual (and had a crush on Ni at some point... she silently got over it). Mugi, like most characters in the game, is very much undefined: I like canonizing some things, but I don't want to stress about putting everyone in tidy little boxes. I did spice up her interactions with some people though. Romantic or not, I hope they'll all be interesting.

See you next week!